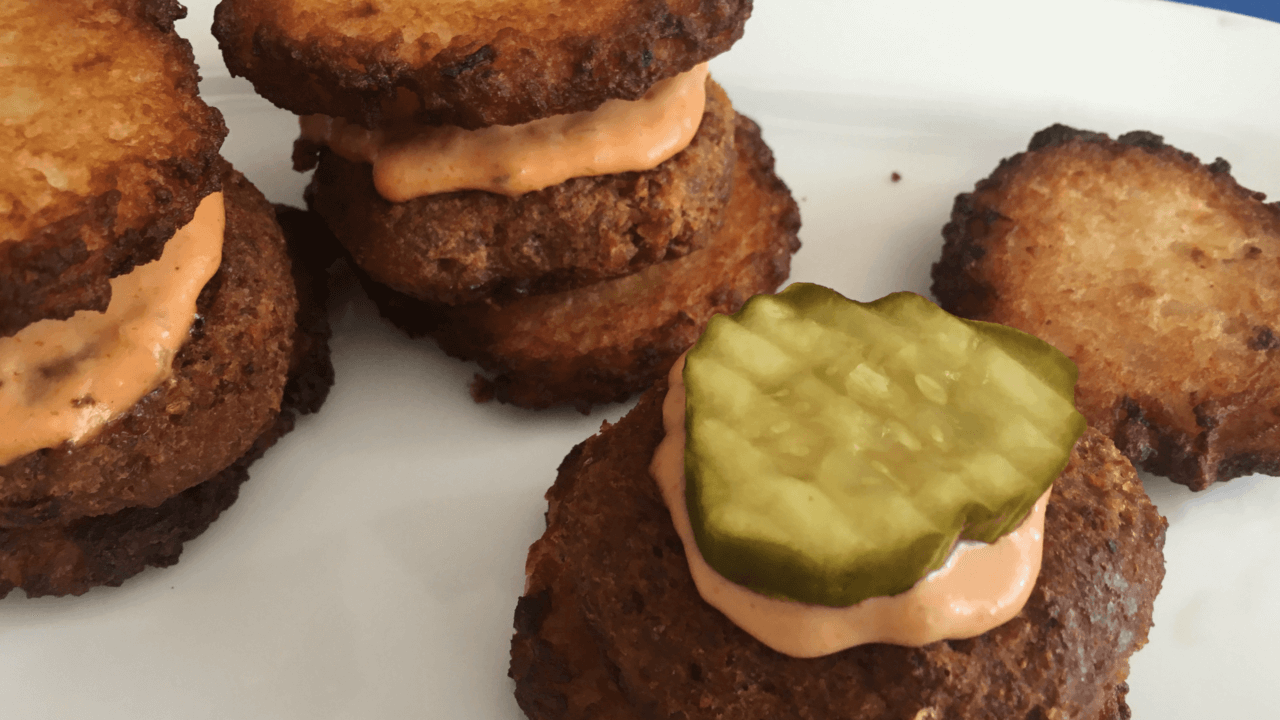 Each year during Hanukkah, my family participates in a friendly latke competition with 5 other families. Everyone goes all out with out of the box creations, like “bagel and lox” latkes, mu shu latkes, taco latkes, sushi latkes, and more! It’s always a culinary adventure. This year, I am excited to present this Vegan Latke Slider for entry. 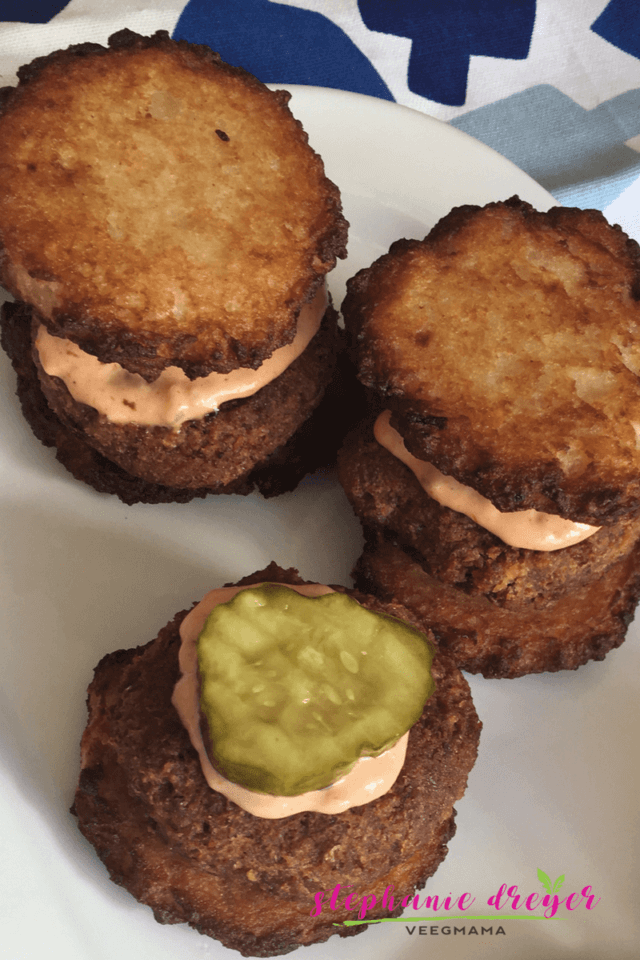 A seasoned Beyond Burger patty is sandwiched between two of my traditional crispy vegan potato latkes. It’s a burger in paradise right there, but no latke is complete without toppings! This Vegan Latke Slider is up for the challenge with a Bubbies pickle slice and dollop of Follow Your Heart’s Thousand Island dressing. 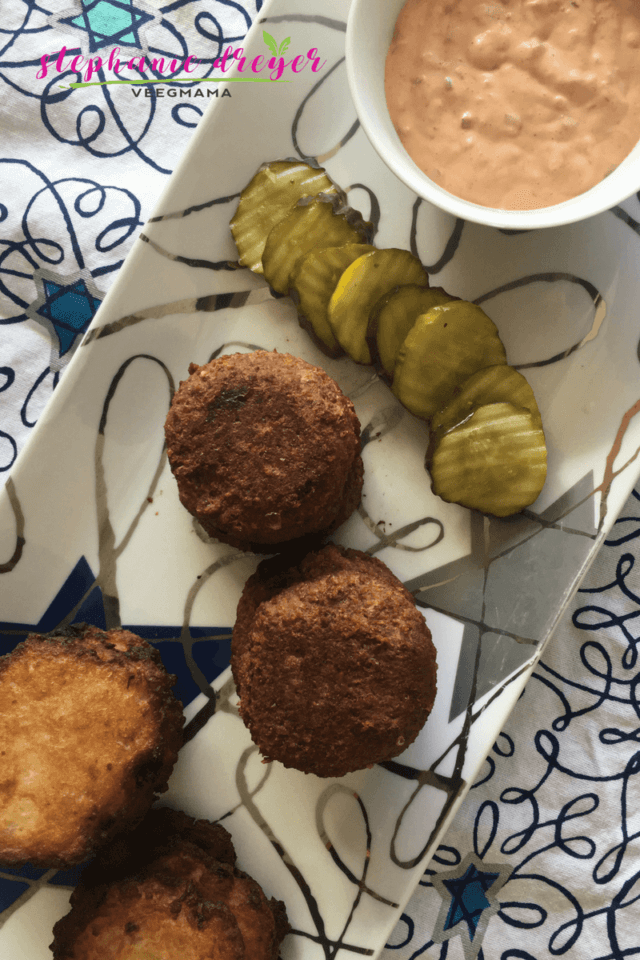 These sliders are sooooo good that you’ll be eating them long after Hanukkah is over.  Wish me luck in the competition! 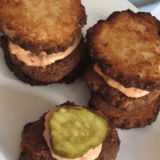 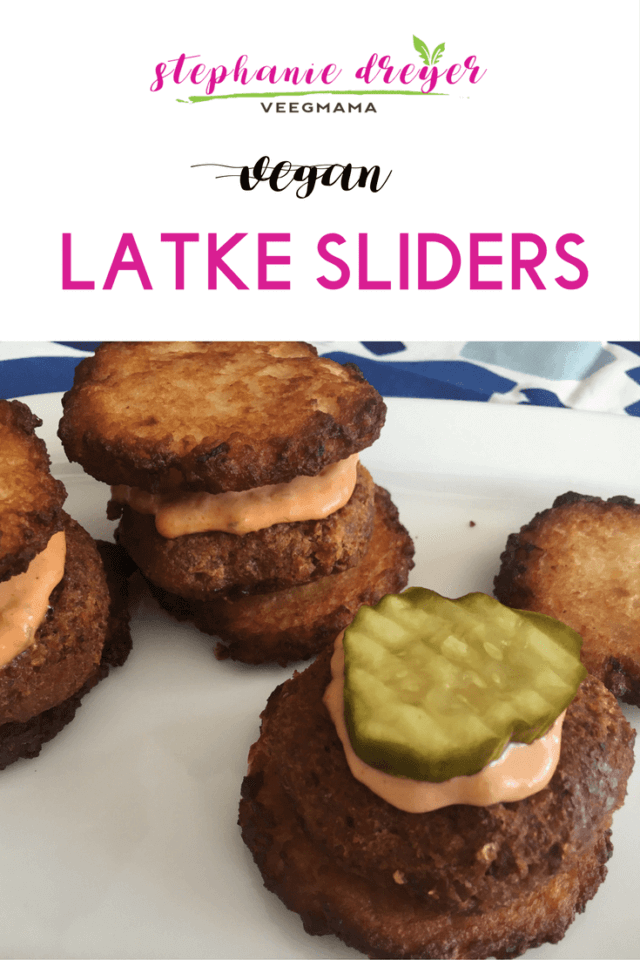