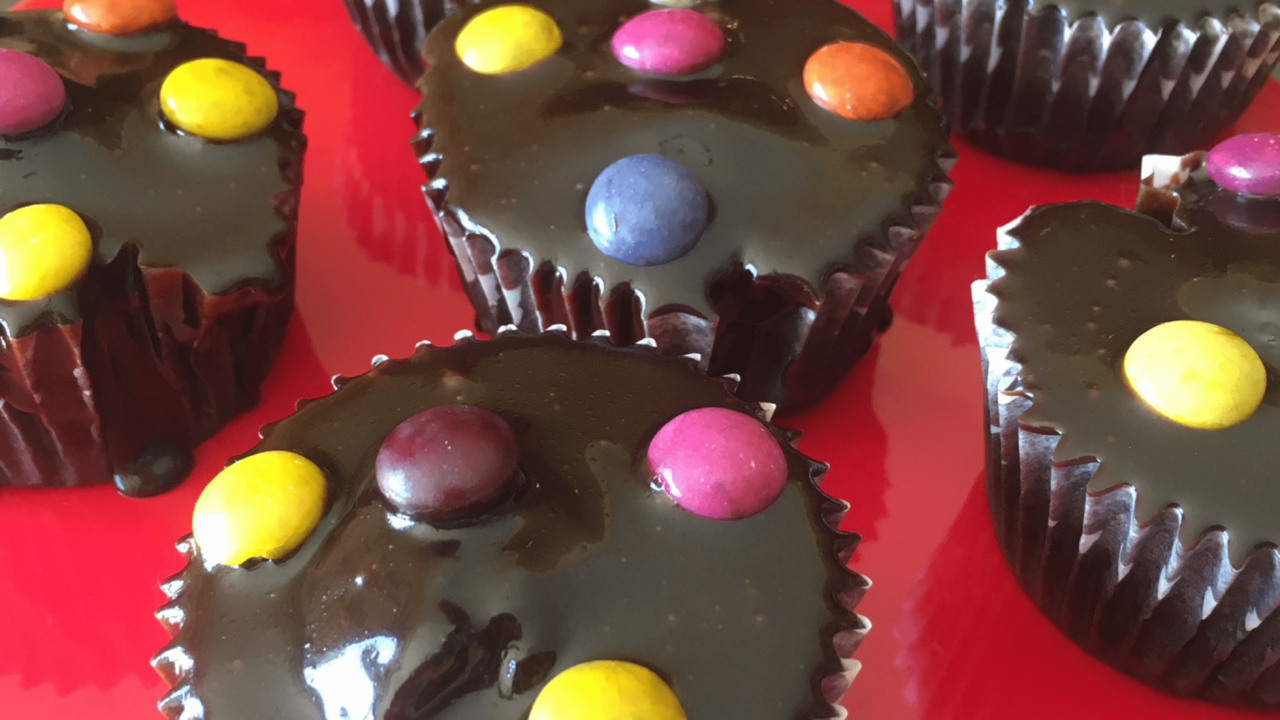 I am not one of those moms who loves to bakes, but I do enjoy a homemade baked treat! These homemade-ish Chocolate M&M Cupcakes are just my style. I made these cupcakes in about 30 minutes, using some help from Julie’s Original vegan and gluten-free baking mixes, and UnReal chocolate gems. If you haven’t discovered Julie’s Original baking mixes, you are in for a treat. She has a chocolate fudge brownie mix, which I used to create these cupcakes. She also has a white cake mix that can be used for cakes, crumbles, biscotti and more! The results are moist and flavorful, unlike most of the other vegan and gluten-free mixes on the market. I like them because they not only taste amazing as the straight box recipe, but they also make a great base for lots of baking creations. 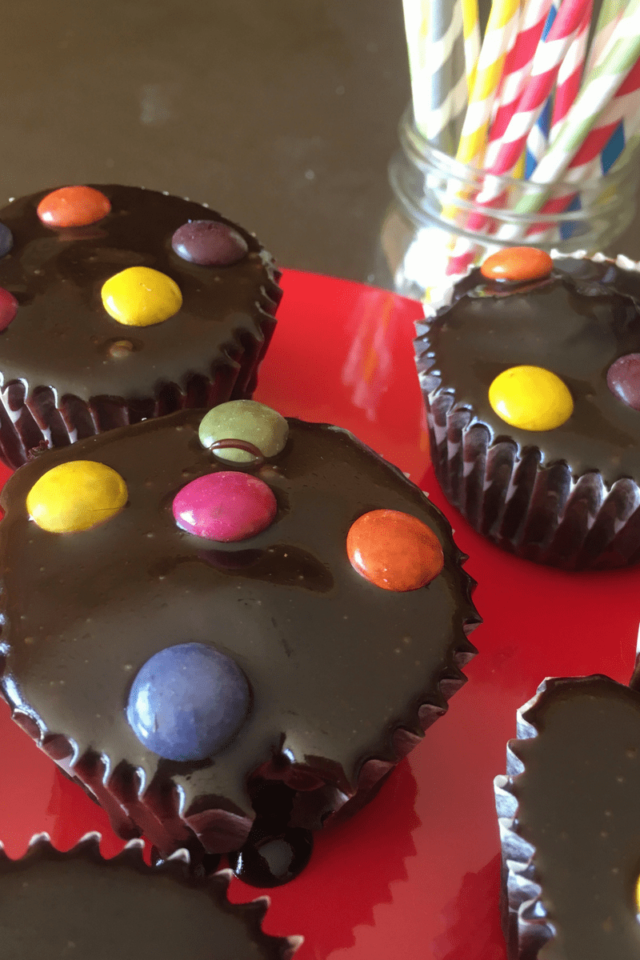 Unreal has been life changing for me! I discovered them at last year’s Natural Foods Product Expo West. I have missed my Peanut M&Ms since going vegan, but I no longer have to. Their Dark Chocolate Peanut Gems are Unreal! I used their Dark Chocolate Crispy Quinoa Gems for this recipe and they were delicious.

I didn’t feel like making homemade frosting so I used some Coconut Fudge Sauce from Nature’s Charm, which made these extra gooey, and fork worthy – more of like a cake than a cupcake. Regular buttercream-style frosting would be delicious as an alternative. 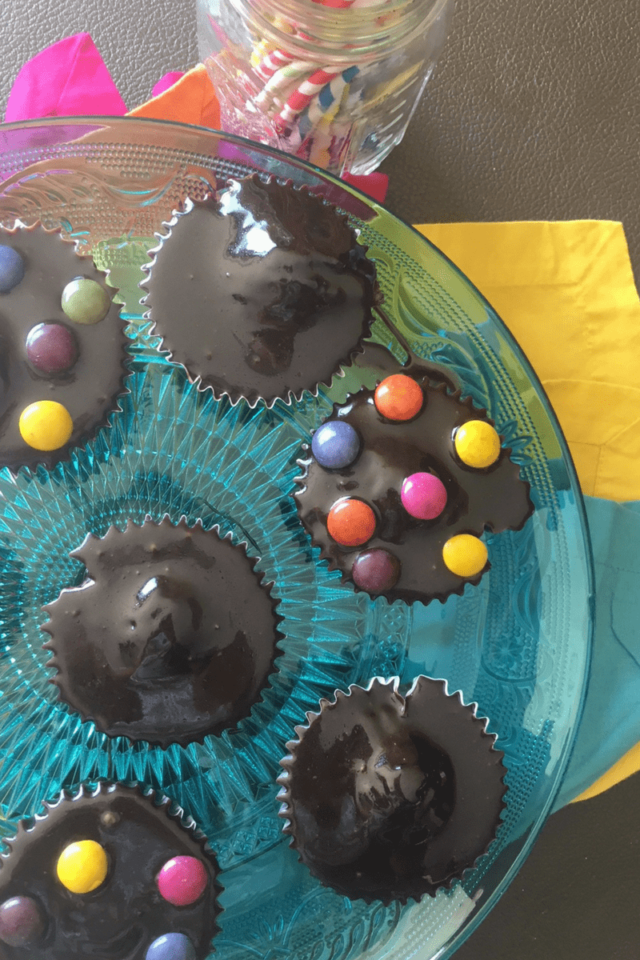 These Chocolate M&M Cupcakes were very simple to make, and hit the spot. I hope you try them and tell me what you think! 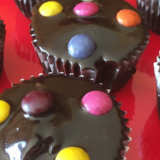 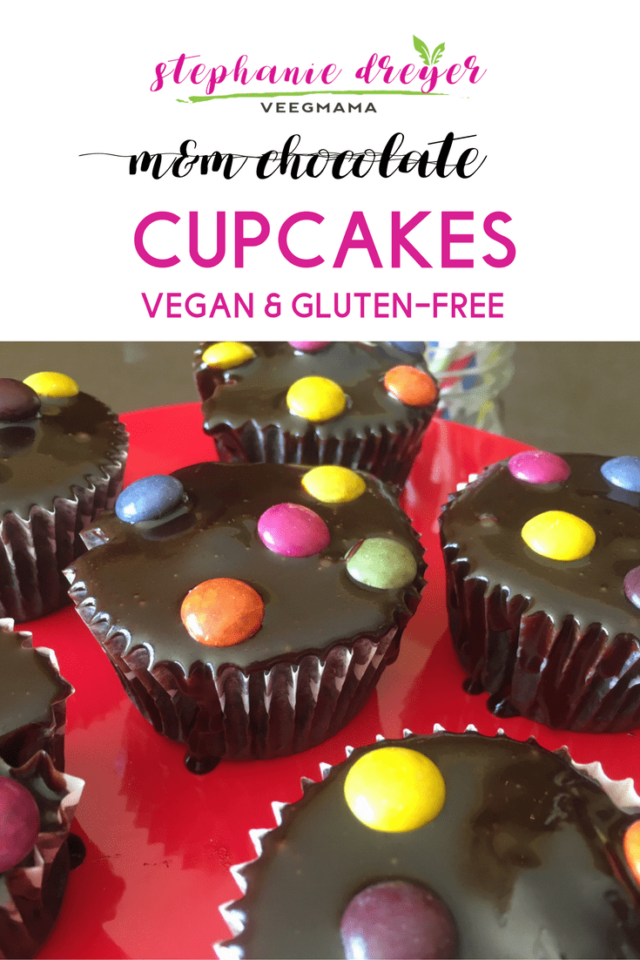